WASHINGTON — In the face of growing and determined attacks on American Muslims, Muslim Advocates is announcing the hiring of two new directors based in Washington, D.C.

Johnathan Smith is joining the organization as its new legal director and Scott Simpson is joining as public advocacy director.  Both hires are established civil rights advocates who are tasked with building out a legal department to expand the organization’s litigation practice and a new public advocacy department to use campaigns and communications to impact policy, media coverage, and public opinion about American Muslims.

“As our community has come under an unprecedented level of attack, it’s vital that institutions like Muslim Advocates adapt to meet the demand,” said Farhana Khera, president and executive director of Muslim Advocates. “This expansion marks the next phase of Muslim Advocates’ growth as a leading legal advocacy and education organization fighting for American Muslims and religious liberty for all people.”

About the new hires:

Johnathan Smith is Muslim Advocates’ new Legal Director. Johnathan will spearhead the growth of Muslim Advocates’ legal team to challenge discriminatory laws and policies at the state, local, and federal levels and to ensure that Muslim Advocates stays in the vanguard of civil rights litigation for all communities. 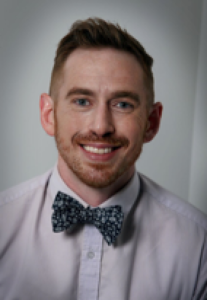 is Muslim Advocates’ new Public Advocacy Director. Scott will build out a new department that leverages communications and campaigns to impact policies, news coverage, and public opinion about American Muslims.

Scott comes to Muslim Advocates from the Leadership Conference on Civil and Human Rights, where he directed media and advocacy campaigns for a 200+ member coalition of diverse national civil rights groups. In addition to working on every major federal civil rights issue, Scott led a campaign to document and publicize the resurgence of voting discrimination in the aftermath of the Shelby decision to gut the Voting Rights Act and authored reports on polling place closures and the impact of Shelby in swing states. He currently serves on the faculty of the Howard University School of Communications and is a graduate of Southeastern University and the George Washington University Graduate School of Political Management.