The U.S. Department of Justice (DOJ) announced its revised guidance to federal law enforcement on racial profiling yesterday. While the revised guidelines included much-needed improvements, we believe significant work remains to realize Attorney General Eric Holder’s goal of eliminating racial policing profiling “once and for all.”

The killings of Michael Brown, Eric Garner and other unarmed African American men by police officers have sparked a long overdue national conversation on the urgent need to address biased policing. As Attorney General Holder prepares to step down, he has focused his legacy on civil rights enforcement and criminal justice reform.

While the revised guidance falls significantly short of putting a meaningful end to racial and religious profiling, we are pleased that it: 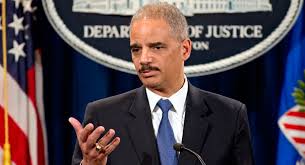 These are important, necessary improvements. But the revised guidance still allows law enforcement to engage in massive data gathering to map communities based on race, ethnicity or religion; recruit informants based on race, religion or other protected characteristics without any known connection to criminal activity; and spy on Americans and infiltrate their houses of worship also without any evidence of wrongdoing. Please read our press statement and fact sheet for more details.

Muslim Advocates and a diverse group of civil rights, faith and civic organizations have fought for many years to urge the Attorney General to modify the DOJ Guidance Regarding the Use of Race by Federal Law Enforcement Agencies to ensure equal treatment under the law for all our communities.

Following this week’s announcement, we are reminded that our work is far from over. Muslim Advocates will continue to work with our partners to address the remaining obstacles to truly end racial and religious profiling once and for all. We urge the Obama administration to lead by setting a uniform, national standard against profiling in all its forms.

Thank you for your support as we advance these efforts. Only with you, can we be stronger together.