With growing demand for assurance about the integrity of American Muslim charities,Muslim Advocates has unveiled the first three American Muslim charities to receive accreditation through a recently-launched program. Islamic Networks Group (ING), UMMA Community Clinic, and Inner-City Muslim Action Network (IMAN) are the first three non-profit organizations to successfully complete the Muslim Charities Accreditation Program (MCAP), just in time for Ramadan, a holy month when Muslims focus on charitable giving.Launched in August 2008, Muslim Advocates’ charities accreditation program is the first and only program to provide Muslim charities with legal guidance and one-on-one technical assistance to promote best practices in charity management and compliance with federal laws. Charities have completed a rigorous review by lawyers at Muslim Advocates and received accreditation by the Better Business Bureau Wise Giving Alliance (BBB-WGA). 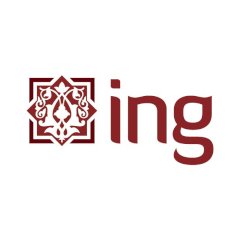 Founded in 1993, Bay Area based Islamic Networks Group (ING) promotes interreligious understanding and mutual respect through two primary programs. The Islamic Speakers Bureau program consists of speakers from the Islamic faith who supplement existing curriculum and cultural diversity programming relating to 9/11 in public institutions, which include academic institutions, law enforcement agencies, healthcare facilities and corporations. The Interfaith Speakers Bureau program consists of speakers from the Islamic, Jewish, Christian, Buddhist and Hindu traditions who speak together on panels to further the practice of religious pluralism, while increasing religious literacy and mutual respect. ING delivers hundreds of presentations and panels a year, building bridges among people of all religions and none.

“Accreditation assures our donors that their money is being used effectively to increase religious literacy and to build mutual respect between Muslims and people of other faiths.”– Maha El-Genaidi, President/CEO, Islamic Networks Group

Beyond medical care, the clinic sponsors health fairs, food and clothing distributions, public health seminars, and in the future, tutoring for area children. To date, UMMA Community Clinic has served over 20,000 patients, with an average of 170 patients filing into the clinic each week.

“As physicians, we understand what it means to be entrusted with something as precious as human life. Accreditation helps us communicate this level of commitment to our donors and patients.”– Yasser Aman, President/CEO, UMMA Community Clinic

Click here for the BBB-WGA’s report on UMMA Community Clinic.

The Inner-City Muslim Action Network (IMAN) is a community-based nonprofit that works for social justice, delivers a range of social services, and cultivates the arts in urban communities. Formed in 1995 and incorporated in 1997 by Muslim students, community residents and leaders responding to the pervasive symptoms of inner-city poverty and abandonment, IMANseeks to create a community organization driven by the spiritual ideals of community service, social justice and human compassion.

Accreditation bolsters our hard-earned community trust amongst our Chicago neighbors, as we represent their interests through our work.” – Rami Nashashibi, Executive Director, Inner-City Muslim Action Network

Muslim Advocates envisions a world in which equality, liberty, and justice are guaranteed for all, regardless of faith, and in which the Muslim American legal community is vital to promoting and protecting these values. In pursuit of this vision, Muslim Advocates’ mission is to promote equality, liberty, and justice for all by providing leadership through legal advocacy, policy engagement, and civic education, and by serving as a legal resource to promote the full and meaningful participation of Muslims in American public life.

Click here for the BBB-WGA’s report on Muslim Advocates.

For Donors
For those interested in giving zakat to community charities this Ramadan, Muslim Advocates provides the following Guidance on Charitable Giving to Muslim American Donors. Click here.

For Charities
For non-profit charitable organizations, read more about best management practices required by MCAP accreditation, sign up for an upcoming free educational seminar in your region, and/or participate in the Muslim Charities Accreditation Program. Click here.